Runner Bean Carbonara. I made this green bean carbonara for supper the other night (from The Gluts & Gluttony Cookbook and Growing Guide) and, because I was feeling brave, I had a crack at filming it. Apparently it's what the cool kids do these days – film themselves doing everyday things. Put runner beans, carbonara sauce and bacon into the pan on a low heat and stir until sauce thickens. 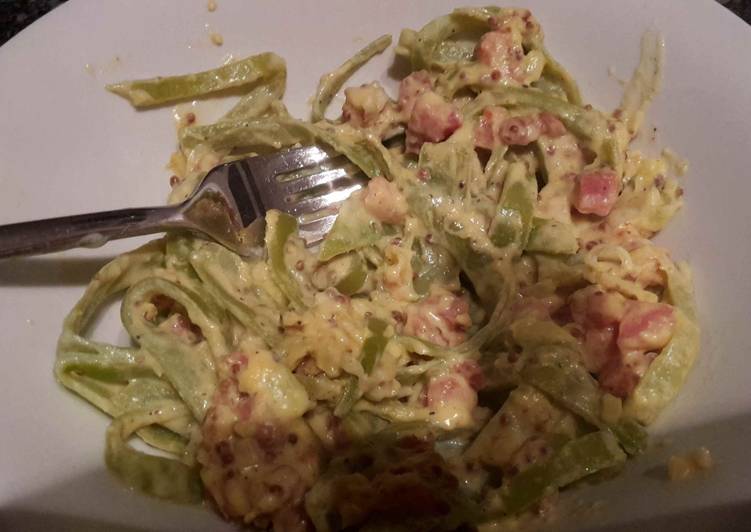 See great recipes for Runner Bean Carbonara too! Runner beans are easily available in the Netherlands, but I've had a hard time coming up with tasty pasta dishes with them. The only blog-worthy dish I created so far has been fusilli with runner bean puree, which has the flavor but not the texture of the beans. You can have Runner Bean Carbonara using 7 ingredients and 4 steps. Here is how you cook it.

The texture of runner beans is tricky, because when undercooked they are. Four mins before the end of the cooking time, add the runner beans. Heat the oil in a frying pan, add the ham, then fry quickly until crisp. Top and tail the runners then peel the stringy edges off.

Use a runner bean slicer or veg peeler to cut the beans into long ribbons. Save a little of the cooking water for later. Stir well and add the egg mix. Make sure the pan is off the heat and fold through till the bean strips are coated. If it seems too dry, add the extra cooking water.